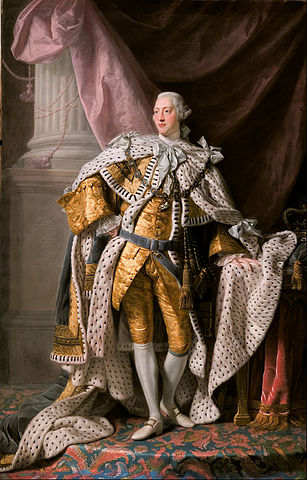 There has been much concern in the American press about Russian attempts to influence American elections. One of the best round-ups of the current controversy is provided by Vox.

In brief, the facts appear to be that:

The fear that foreign actors would attempt to influence the American electoral process -- even to the extent of seeking to inject their own candidates in to positions of power in the United States -- was discussed at length at the Federal Convention. There was an obvious reason to worry. Part of the purpose of the new Constitution was to provide a better way to adjudicate disputes between Americans and foreigners.1 The framers' concerns about bribery of officials by foreign powers are expressed in the emoluments clause. But there was another problem to consider: the extent to which elected officials could be trusted to be basically loyal to the United States.

One area that attracted special attention was the time that an individual had be to be naturalized before being eligible to hold office under the Constitution. These matters were contentious, and at one point The Convention instructed a subordinate committee to recommend restrictions for the holders of a range of offices, aimed at ensuring that unworthy candidates did not fill them.2

The suggestions ranged from extremely liberal to extremely restrictive. At one point, it was proposed that only a year of residency should be required before an individual could become a member of the House of Representatives, and this was the recommendation of the Committee of Detail. It became controversial on the 8th August, although the initial proposal to increase this to three years failed.3

However, matters did not rest there. Proposing that candidates for the House of Representatives should have to be American citizens for at least seven years, Mason remarked that he 'was for opening a wide door for emigrants; but did not chuse to let foreigners and adventurers make laws for us & govern us.'

Madison notes that he continued:

Citizenship for three years was not enough for ensuring that local knowledge which ought to be possessed by the Representative. This was the principal ground of his objection to so short a term. It might also happen that a rich foreign Nation, for example Great Britain, might send over her tools who might bribe their way into the Legislature for insidious purposes. He moved that “seven” years instead of “three,” be inserted. Mr. Govr. Morris 2ded. the motion."

At the time his suggestion was accepted with only one delegation voting against.4

An even greater concern was raised about the rules for membership of the Senate. A proposal to insist that all members of the Senate had been citizens for at least four years, was replaced with one requiring them to be citizens for at least fourteen, but not without debate. Members of the Convention struggled to balance a welcoming approach to foreigners settling in America and republican principle with a need to protect the republic. Whether this was a proper matter for Constitutional restriction at all was not clear. All of this was debated on the 9th August 1787, an extract of which is here:

Mr. Elseworth. was opposed to the motion as discouraging meritorious aliens from emigrating to this Country.

Mr. Pinkney. As the Senate is to have the power of making treaties & managing our foreign affairs, there is peculiar danger and impropriety in opening its door to those who have foreign attachments. He quoted the jealousy of the Athenians on this subject who made it death for any stranger to intrude his voice into their legislative proceedings.

Col. Mason highly approved of the policy of the motion. Were it not that many not natives of this Country had acquired great merit during the revolution, he should be for restraining the eligibility into the Senate, to natives.

Mr. Madison was not averse to some restrictions on this subject; but could never agree to the proposed amendment. He thought any restriction however in the Constitution unnecessary, and improper. unnecessary; because the Natl. Legislre. is to have the right of regulating naturalization, and can by virtue thereof fix different periods of residence as conditions of enjoying different privileges of Citizenship: Improper: because it will give a tincture of illiberality to the Constitution: because it will put it out of the power of the Natl Legislature even by special acts of naturalization to confer the full rank of Citizens on meritorious strangers & because it will discourage the most desirable class of people from emigrating to the U. S. Should the proposed Constitution have the intended effect of giving stability & reputation to our Govts. great numbers of respectable Europeans; men who love liberty and wish to partake its blessings, will be ready to transfer their fortunes hither. All such would feel the mortification of being marked with suspicious incapacitations though they sd. not covet the public honors He was not apprehensive that any dangerous number of strangers would be appointed by the State Legislatures, if they were left at liberty to do so: nor that foreign powers would make use of strangers as instruments for their purposes. Their bribes would be expended on men whose circumstances would rather stifle than excite jealousy & watchfulness in the public.

Mr. Butler was decidely opposed to the admission of foreigners without a long residence in the Country. They bring with them, not only attachments to other Countries; but ideas of Govt. so distinct from ours that in every point of view they are dangerous. He acknowledged that if he himself had been called into public life within a short time after his coming to America, his foreign habits opinions & attachments would have rendered him an improper agent in public affairs. He mentioned the great strictness observed in Great Britain on this subject.

The subject was evidently a heated one. There were few matters that caused Madison to record so much of the exchange. The arguments became increasingly colourful as the debate wore on:

Mr. Govr. Morris: The lesson we are taught is that we should be governed as much by our reason, and as little by our feelings as possible. What is the language of Reason on this subject? That we should not be polite at the expense of prudence. There was a moderation in all things. It is said that some tribes of Indians, carried their hospitality so far as to offer to strangers their wives and daughters. Was this a proper model for us? He would admit them to his house, he would invite them to his table, would provide for them comfortable lodgings; but would not carry the complaisance so far as, to bed them with his wife. He would let them worship at the same altar, but did not choose to make Priests of them. ... As to those philosophical gentlemen, those Citizens of the World, as they called themselves, He owned he did not wish to see any of them in our public Councils. He would not trust them. The men who can shake off their attachments to their own Country can never love any other. These attachments are the wholesome prejudices which uphold all Governments, Admit a Frenchman into your Senate, and he will study to increase the commerce of France: An Englishman, he will feel an equal bias in favor of that of England. It has been said that The Legislatures will not chuse foreigners, at least improper ones. There was no knowing what Legislatures would do. Some appointments made by them, proved that every thing ought to be apprehended from the cabals practised on such occasions. He mentioned the case of a foreigner who left this State in disgrace, and worked himself into an appointment from another to Congress.

Despite such language, the proposal for a fourteen-year restriction did not carry the day at that moment.5 There followed a hot-tempered series of proposed amendments suggesting thirteen, then ten, seven and finally nine years be substituted.6

In the case of the President, the Convention adopted the most restrictive set of restrictions. Any person elected to that office would have to be a 'natural born' citizen of the United States and a resident of the country for at least fourteen years.7 Even these restrictions were not automatic, however. For a long time the texts considered by the Convention made no certain provision at all.

The final text was, as so often, a compromise that used the different offices of the United States to find a way to reflect different different positions in the detail of institutions. The President faced the greatest restrictions, the members of the House of Representatives the least.

The Convention appears to have assumed, however, that long residence in America, and especially citizenship from birth, would instil a patriotism that would itself be adequate against the expected bribes of foreign powers.