Set details of a commentary collection 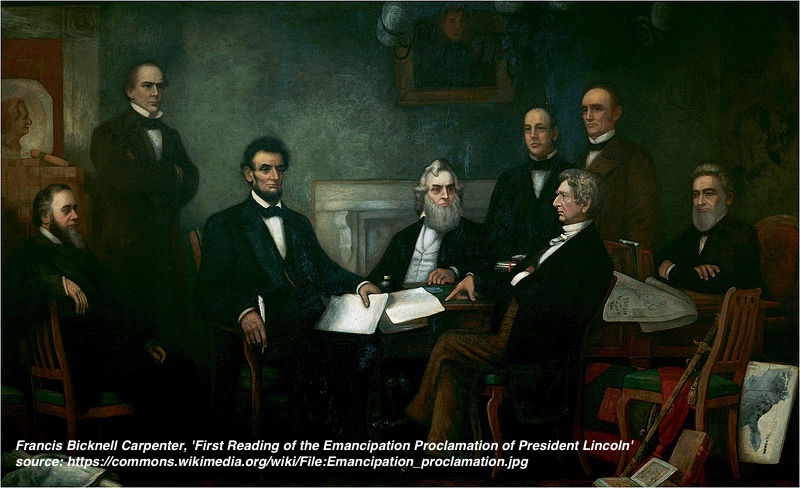 Lindsay Chervinsky on the President's Cabinet

To see where the comments are in the convention, click on the corresponding convention below.

Locations of comments in the convention

To see highlight the related comments to the session in the convention, click on the corresponding coloured circle below.

During the Imperial Crisis of the 1760s and 1770s, many Americans blamed the King’s ministers when Parliament passed oppressive legislation. They also believed that the British cabinet blocked reconciliation efforts between Parliament and the colonies. Given the widespread American distrust of the British cabinet, it is surprising the delegates did not spend more time debating the best way to provide support for the President.

All of the plans proposed to the Convention initially included some sort of council. The Virginia Plan contained a council of revision consisting of the executive and a number of judges from the national judiciary. This council would gather to help the executive review and enforce legislation.

George Mason presented another option—a council of state similar to the one established in the Virginia Constitution. The Virginia legislature appointed the council to provide advice to the governor, but also to check the power of the state executive. Mason voiced his support for the other council proposals discussed in August and hoped that the Grand Committee on Postponed Questions would attach a privy council to the executive branch. After the Committee rejected a proposal for a privy council, Mason proposed a council of state on September 7. Six members would sit on this council—two members each from the northern, middle, and southern states. Congress would appoint this council as well.

The delegates rejected all three options for an advisory council. The delegates expressed concerns that an established council would corrupt the executive. Additionally, the executive might hide behind the council and use his advisers to obscure the decision-making process. Instead, the delegates included two advice mechanisms to support the President in the final Constitution. First, he could request written opinions from the department secretaries. Second, he could consult with the Senate on matters of foreign affairs.

After his inauguration on April 30, 1789, President George Washington utilized the options provided by the Constitution. On August 22, 1789, Washington visited the Senate to discuss an upcoming summit between representatives from the federal government, the Carolinas, and the Cherokee and Creek nations. Prior to the meeting, he submitted the current treaties with other Native nations for the Senate’s review. On August 22, Washington delivered a statement and then presented questions for the Senate to answer. The Senators sat in uncomfortable silence for several minutes before recommending that the issue be referred to a committee for further discussion. Accustomed to efficient councils of war during the Revolution, Washington was furious. He protested that the delay defeated the purpose of his visit—to obtain prompt, meaningful advice. Washington did return a few days later for the Senate’s recommendation, but he concluded that the legislative body was too large to provide the timely advice needed in diplomacy.

Washington also requested written opinions from the department secretaries almost immediately after taking office. He quickly discovered, however, that many of the issues facing the government could not be dispatched through correspondence and required in-person conversation. In April 1793, war between England and France threatened to engulf the United States. Faced with unprecedented foreign policy decisions, Washington summoned frequent cabinet meetings for the first time. After establishing a policy of neutrality, Washington embraced the cabinet as a central component of the executive branch and continued to convene regular meetings. The creation of the cabinet in 1793 effectively marked Washington’s rejection of the advisory options outlined in Article II, Section 2 of the Constitution.

Council of Revision
The Virginia Plan provided a council of revision to help the executive review and enforce the federal laws. Unlike a council of state proposed by George Mason or an advisory council advocated by Charles Pinckney, the council of revision would not provide the President guidance as he discharged his daily governing duties.

The Virginia Plan as Proposed was created on 29 May 1787

Sherman's Speech on Councils
In a debate over the number of people who should form the executive magistracy, Roger Sherman of Connecticut agreed with James Wilson that there should be a one-person executive. To Wilson's observation that most of the state executives were made up of a single governor, however, Sherman added that most of the state governors had elected councils to advise them.

Charles Pinckney's Council
Charles Pinckney's Plan included provisions for a council to advise the President. The department secretaries, selected by the President, would offer advice on all matters of governing. They would not limit executive power, however, as the council's advice would not be binding. Pinckney hoped that the President's council would preserve transparency. The American public would know who advised the President and who made the final decision. Without an established council, Pinckney feared a secret cabal might emerge to advise the President and the public would lose its ability to provide oversight.

Pinckney's Council Gained Traction
Based on the council included in Pinckney's Plan, Gouverneur Morris authored a proposed council for the Committee of Detail to consider. This council looked remarkably similar to the cabinet created by George Washington in 1793. Unlike George Mason's executive council proposed on September 7, this council did not limit the power of the executive and the legislature did not appoint the councilors. The President would have been free to consult with this council at his leisure.

The Grand Committee of Postponed Questions Rejected a Council
When the Grand Committee delivered its final report to the Convention, they did not recommend including a privy council or any other type of advisory council. No notes or meeting minutes survive to suggest why the Committee rejected a council. On September 7, however, Gouverneur Morris, did offer one explanation. In response to George Mason's motion to attach a council to the executive, Morris argued that "The question of a Council was considered in the Committee, where it was judged that the [President] by persuading his Council, to concur in his wrong measures, would acquire their protection from them."

George Mason's Council
When the Committee of Detail presented its report on August 6, Mason objected to the absence of an advisory council. Mason voted to include a Privy Council on August 31 when the delegates referred proposals to the Committee of Postponed Questions. When that report also came back without a council, Mason proposed a new executive council on September 7. Mason believed that a constitutionally-established council would provide the safest advice for the President. By appointing the council members, the legislature gained an additional check on the executive branch. The legislature could also replace the councilors in the case of bad behavior. Additionally, the public would know who advised the President, rather than risking the formation of a secret cabal. Finally, two councilors from each region ensured that the President heard from northern, middle, and southern interests. Mason drew from the Virginia Council of State as a model for his proposal.

Motion to postpone in order to create an executive council. was decided on 07 September 1787

The Final Constitutional Options
After the delegates rejected all proposals for privy councils and executive councils, only two options remain in the Constitution for the President to obtain advice. Article II, Section 2 states that the President may request written advice from the secretaries on matters relating to their department. The delegates expected the secretaries to act as agency heads, similar to the department secretaries under the Articles of Confederation. The delegates hoped that by specifying that the advice must be made in writing, each secretary would take responsibility for his position and they would not form a secret cabal around the President. The President can also consult with the Senate on foreign affairs. George Mason, one vocal proponent of a privy council, believed that the Senate would serve as a council for the executive. He voiced concerns that the demands of governing would force the Senate to remain in session year-round to advise for the President. George Washington's visit to the Senate on August 22, 1789 demonstrates that many of the delegates, as well as officials in the first administration, also expected the Senate to serve as a council on foreign affairs. Once in office, Washington initially limited himself to these two options. He visited the Senate and requested written advice from the department secretaries. The complexity of the issues facing the administration soon proved that written advice was insufficient. Washington also concluded that the Senate could not provide the timely advice needed to conduct diplomacy. Washington gradually moved toward creating a cabinet and in April 1793 finally embraced the cabinet as a central part of the executive branch.

Constitution of the United States was adopted on 17 September 1787